The gallbladder is a small pear-shaped storage organ located under the liver on the right side of the abdomen. It stores bile (yellowish-brown fluid) produced by the liver, which is required to digest fat. As food enters the small intestine, cholecystokinin (a hormone) is released, which signals the contraction of the gallbladder to release bile into the small intestine through the common bile duct (a small tube connecting the liver to the intestine).

Surgical removal of the gallbladder can be done one of two ways:

Open method involves a 12 to 18 cm incision in the upper right-hand side of the abdomen, below the ribs. Your surgeon removes the gallbladder through the large, open incision.

A laparoscopic cholecystectomy is a less invasive surgical method that uses a device called a laparoscope. The laparoscope is a small, thin tube with a light and tiny video camera (connected to a television monitor) attached at the end, which helps visualise the inside tof the abdomen during the operation.

The surgery is performed under general anaesthesia. Your surgeon makes 3 to 4 small incisions in the abdomen. The laparoscope is inserted into the body through one of the incisions. The television monitor will guide the surgeon to insert other surgical instruments through the other incisions. Carbon-dioxide is injected into the abdomen to inflate the abdominal cavity so that the gallbladder and other adjacent organs can be visualised easily. Your surgeon first divides the cystic duct and blood vessels leading to the gallbladder, and then removes the gallbladder.

Your surgeon may also perform a procedure called a cholangiogram during the surgery, which uses X-rays and a dye that is injected into the bile ducts. This is done to identify gallstones that could have been missed, obstructions or narrowing of the bile ducts. If stones are present, the surgeon uses a special instrument to remove them.

Following laparoscopic surgery, you can go home on the same day or the next day after recovering from the effects of the anaesthesia. You can return to normal activities within 24 hours and resume work in a week. However, you should not engage in strenuous activities for two weeks.

The removal of the gallbladder is generally a safe procedure, but like all operations there are risks and complications associated with the procedure. Some of these include bleeding, infection, injury to the bile duct, leakage of bile fluid and damage to the bowel and other organs.

The advantages of having a laparoscopic cholecystectomy rather than an open cholecystectomy include a shorter hospital stay, smaller incisions, less post-operative pain and a faster recovery. 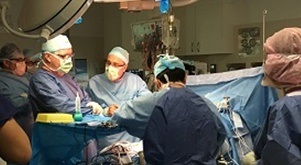